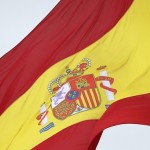 VAZQUEZ LAWYER MALAGA-MARBELLA-SPAIN CONTACT +34952215859   +34609610197 European Court of Justice Says Spanish Tax System Is in Breach of EU Treaties Europe’s top court ruled Wednesday against Spain in a case that may force the country to lower the lucrative taxation of inheritances involving nonresidents. The Luxembourg-based European Court of Justice said that, by applying high tax rates in cases where either the deceased or the recipient of the inheritance is a nonresident, the country is in breach of European Union treaties. In inheritances involving Spanish residents only, such rates are much lower.  court spokesman said Spain must comply with the ruling, but it is unclear when the country will incorporate it in its legislation. A spokeswoman for Spain’s Budget Ministry, which is in charge of tax issues, didn’t immediately respond to a request for comment. The European Commission first told Spain to change its legislation regarding inheritance and donation tax in 2010 and, after Spain failed to comply, it brought the case before the European court. The alleged discrimination is a result of the complex setup of inheritance tax management and collection in the country. Spain’s regional governments manage and collect these taxes, and many regions have mechanisms in […] Leer Mas
Abrir chat
Powered by
Despacho Vazquez Abogados, en que podemos ayudarte?