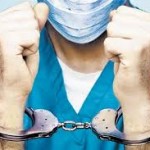 DESPITE the drop in attacks on doctors seen throughout 2015 in Malaga, there has been a substantial increase in the number of reports of medical malpractice. There were 641 accounts registered in 2015, 16 more than the previous year with general surgery, traumatology, gynaecology and obstetrics being among the main culprits. Two of the five worst offending hospitals in Andalucia were in Malaga Province with the Carlos Haya hospital in Malaga taking second spot and Malaga Clinical Hospital coming in fifth. Cuts in public health services have affected the resources of hospitals and health centres, and consequently the quality of the medical assistance provided to the population, according to Francisco Damian Vazquez, a lawyer collaborating with the Patient Ombudsman Association. EUROWEEKLY PAGE 36 VAZQUEZ LAWYER PHONE 952215859   Leer Mas
Abrir chat
Powered by
Despacho Vazquez Abogados, en que podemos ayudarte?